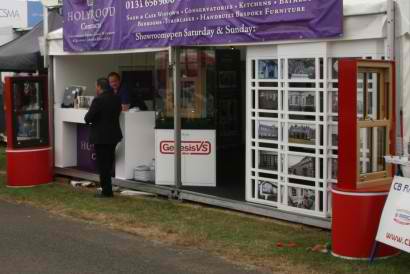 Bison Trade Frame’s latest invention – the Genesis Vertical Slider – has met with approval north of the border after the product enjoyed a highly successful showcasing at the recent Royal Highland Show. Holyrood Contracts, Edinburgh’s leading manufacturer of bespoke joinery products, contacted Bison shortly after the unveiling of the revolutionary PVC-U sliding sash window at The FIT Show, eager to take stock of and parade the product themselves at Scotland’s largest annual farming and countryside showcase. First hosted in 1822, the Royal Highland Show on average attracts over £200 million in business. Company directors Mark Tetley and Martyn Haworth.

Continue Reading
By Bison Frames on July 21, 2013 in Genesis VS 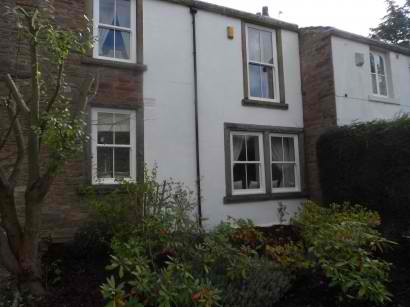 We have just received listed building consent for our Grade II listed cottage to change the windows from wooden VS to UPVC VS. I thought it may be useful to explain the process we went through to help any interested parties wanting to do similar for a listed building or building in a conservation area. I have been involved in the PVC industry for a number of years so I had a slight advantage knowing the market and also how much UPVC VS window systems have improved in recent years. You do have to go through a full planning application.